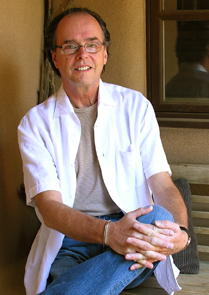 Braldt Bralds has had two careers. First as an award-winning illustrator followed by his current career as a fine art painter.

The artist was born in the Netherlands in 1951. As a child he learned of the profession of illustration, and his course was set. His father brought home scraps of paper from a paper mill, and Braldt drew continuously. At twelve he began attending the Grafische School in Rotterdam, where he was instructed in graphic arts and the printing trade. His formal education provided him with basic tools for creating art, but his unique style is completely self-taught.

Following his formal training, Braldt established himself as a successful illustrator in Holland. In 1978, on the first day of his first visit to New York, he was commissioned to paint a cover for Time Magazine. That initial commission established his career as a primary illustrator for leading international publications.

In 1989 Braldt received the coveted Clio Award for Best Illustration of the Year. He has earned numerous gold and silver medals from illustration and art director clubs around the country, along with the Hamilton King Award from the Society of Illustrators in New York City. In 1997 he was awarded an Honorable Membership to the Dutch Society of Illustrators and was inducted into the Hall of Fame for his lifetime achievement in the field of international illustration. In 1993 the International Advisory Board of the American Art Institutes International, where he lectured yearly, established a "Braldt Bralds Illustration Scholarship."

While living in Manhattan, Braldt taught at the School of Visual Arts in New York, including their Masters Degree Program, for 4 years. He lectured and conducted workshops throughout the USA, Korea and Japan.

In the late 1990's, Braldt stepped back from his illustration career to focus on his fine art, beginning with a body of work portraying highly-detailed stones. This exhibit debuted in a solo show of 25 paintings, "Stone Lifes," at the Gerald Peters Gallery in Santa Fe, New Mexico. This exhibition was very well received - launching his second successful career as a painter.